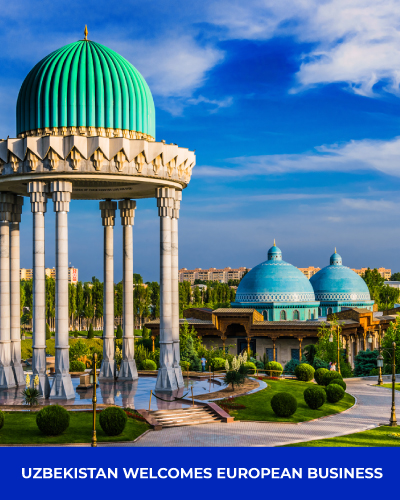 Today, 04.02.2021, a meeting via videoconference was held between SCHNEIDER GROUP President Ulf Schneider and the Ambassador of the Republic of Uzbekistan in Germany Nabijon Kasimov. Ulf Schneider spoke about the possible ways of German companies’ investments in the economy, including in aircraft, pharmaceuticals, textiles and fashion. Mr. Schneider emphasized the positive experience of German business in the Republic of Uzbekistan and noted the high potential for further economic cooperation.

Ambassador Kasimov, in his turn, spoke about the prospects for business development of foreign companies in Uzbekistan. “An important incentive for investment in the republic economy in 2021 is the implementation of the Decree of the President of the Republic of Uzbekistan, according to which over 620 state assets of the Republic of Uzbekistan will be transformed and sold to the private sector,” Ambassador Kasimov explained.

The parties discussed the upcoming events on the development of economic interaction between European and Uzbek business, the importance of protecting the entrepreneurs’ interests, including via BVMW association, represented in Uzbekistan by SCHNEIDER GROUP. “In the context of large-scale privatization of state assets, as well as the development of industrial parks, European business can make a significant contribution to the modernization and growth of the economy of the Republic of Uzbekistan,” Ulf Schneider emphasized.

Noting the important role of the publishing house OWC Verlag für Außenwirtschaft GmbH, headed by Mr. Schneider, in the development of international relations, Ambassador Kasimov invited the correspondents of the monthly economic magazine OstContact to take part in the coverage of the presidential elections scheduled for 2021, as well as a number of international and regional events in the Republic Uzbekistan.