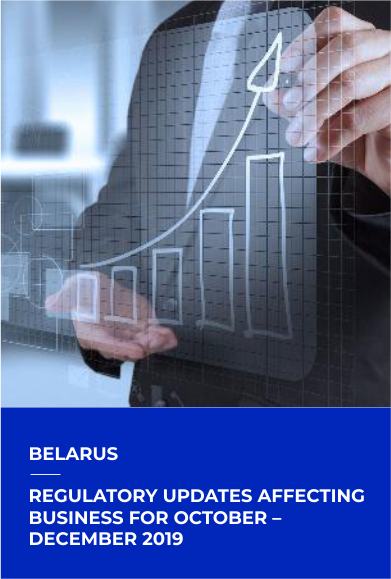 We are pleased to present a brief overview of the main regulatory changes affecting the business environment in Belarus for October – December 2019.

The competence of MART in the international trade

On November 8, 2019, a new version of the Regulation on Military Registration, approved by the Resolution of the Council of Ministers of the Republic of Belarus from 04.11.2019 No. 742, came into effect.

SCHNEIDER GROUP is ready to provide professional support in our countries. We contribute our experience and knowledge for the growth of your business. Should you have any questions or would like our assistance in Belarus, please contact our expert.