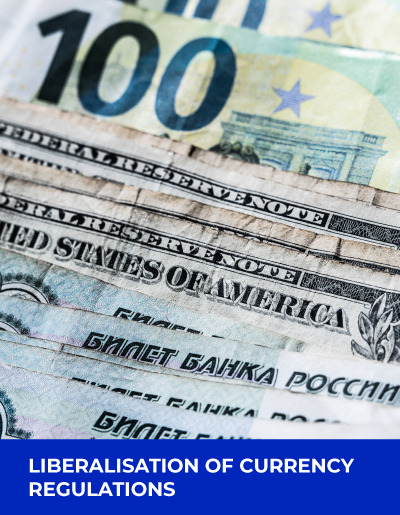 On 8 August 2022, the President of the Russian Federation issued Decree No. 529, which almost completely abolishes repatriation requirements.

As a reminder, until recently, repatriation requirements continued to apply in full for:

The Decree effectively abolishes these requirements. Residents may credit funds received from non-residents under foreign trade contracts and loan agreements to their foreign accounts and terminate obligations in another permitted way - by set-off or novation. However, there is legal uncertainty as to the priority of the Presidential Decree and the current regulations on currency control and administrative offences, which formally remain in force.

SCHNEIDER GROUP's tax experts will help to analyse your situation and provide you with the necessary advice on how to apply the currency laws and presidential decrees that impose restrictions in this area.