“Digital residency” for foreign IT companies 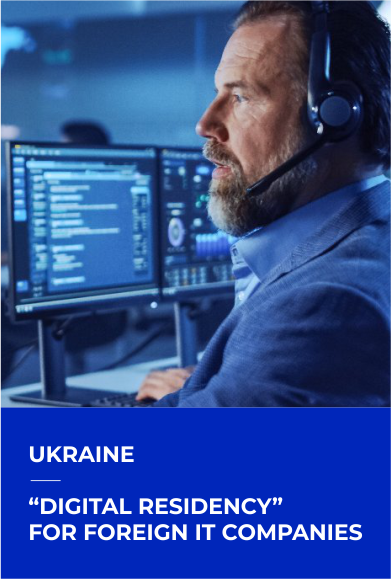 According to media reports, the Government of the Russian Federation is actively working on a draft bill aimed at creating a “digital residence” system for foreign IT companies. The adoption of the bill is scheduled for the end of 2021.

As part of the new system creation, it is planned to oblige foreign companies with the number of users exceeding 100-500 thousand on the territory of the RF to register legal entities in Russia or set up branches and representative offices.

The authors of the initiative explain that the aim of this measure is to level the “rules of the game” for both Russian and foreign IT companies from the tax standpoint. The consequence of such a measure introduction may, in particular, become the obligation of foreign companies to pay taxes on an equal basis with the Russian legal entities. It should be noted that now foreign companies providing electronic services to Russian consumers are required to register only for the VAT purpose. Currently, they have no obligation to set up a legal entity, representative office or branch in Russia.

The government announced that after the adoption of the bill, foreign IT companies will be given a fairly short period (only one month) to fulfill the requirement to register in Russia.

Considering this circumstance, companies may need interim General Directors or heads of representative offices and branches. This will allow foreign IT companies to promptly carry out the procedures prescribed by law, and then set up work in Russia in a normal mode.

Our specialists can advise you on the operational activities and taxation for foreign business in Russia, help you choose the most suitable organizational and legal form, as well as provide interim management services and legal support for the registration procedure.