Changes to the legislation on business entities from April 28, 2021 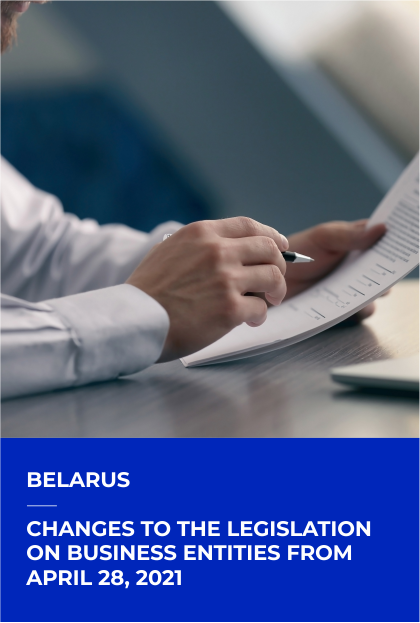 The Law No. 95-Z “On Amending the Laws on the Issues of Business Entities” (LLCs, SLCs, JSCs) (hereinafter – the “Entity” / “Entities”) was adopted in Belarus on January 5, 2021. In general, the key changes will:

Before the changes enter into force since April 28, 2021, the Entities should conduct annual general shareholders’ meetings under the current rules.

If you plan to make changes to the charter, we recommend you to revise and align with the Law its following provisions:

Before aligning them with the Law, charters will be valid in the part that does not contradict it.

The key changes are the following:

The experts of SCHNEIDER GROUP Minsk office are ready to answer your questions regarding the upcoming changes to the legislation and provide you with professional support in: