The Russian President’s address to the nation 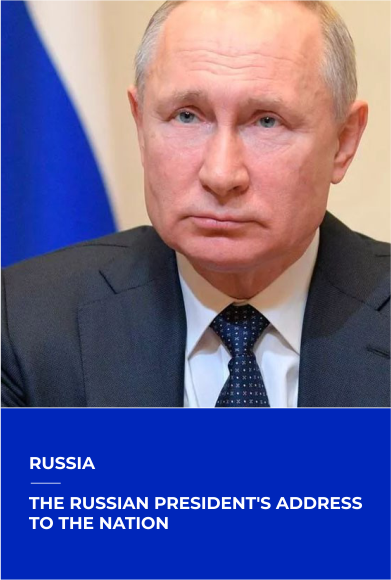 Today on March 25, 2020, in his official speech regarding the spread of COVID-19 in Russia, Vladimir Putin announced several measures:

In order to protect small and medium sized businesses, such businesses will be granted moratoria for the next six months regarding:

The following amendments regarding taxation should be implemented:

Official governmental acts to implement all the announced measures have not been published yet.

First statements our clients and partners to this announcement:

We expected this, especially considering what is already happening in Europe. As a company we are prepared, even though it is not convenient at all.

We are satisfied with most of the announced measures. We are analyzing the consequences and expect further steps also from the Moscow Mayor.

Basically, we approve of government decisions. The only point that causes misunderstandings is the announced non-working week. It makes little sense to us to suspend work while continuing to pay wages. Labor productivity will decrease, which will be at the expense of employers.