Recommendations for the Contents of a Foreign Trade Contract 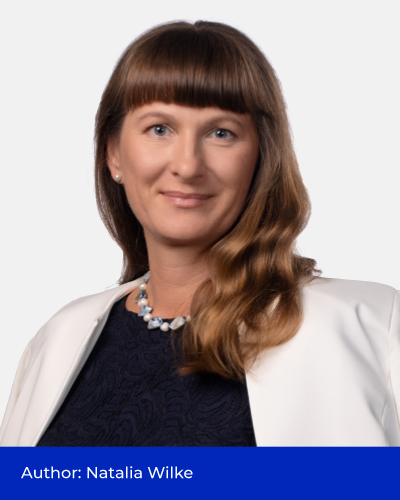 An important factor for success of a company’s activities is correct formalization of its contractual relations. Taking into consideration the particular importance of correct execution of contracts related to international supplies and the specifics connected with the fulfillment thereof, this article provides legal recommendations for the contents of such contracts.

To ensure the validity of an agreement and protect the company’s interests it is important to collect and include in an agreement the basic information on the counterparty. Such information may be obtained from the counterparty itself or from an open source – the Unified State Register of Legal Entities. Divergence between the information on the party to the agreement and that on the receiver of goods or the party effecting the payment may entail risks for the supplier, in particular difficulties in applying judicial remedies in case of a dispute, risks connected with illegal customs clearance schemes and the supplier being held liable as an accomplice in tax evasion in Russia and money laundering.

It is natural that a foreign counterparty wants the provisions of its national law to apply to a signed agreement. However, governance of an agreement by foreign law cannot preclude all problems with its further fulfillment. Moreover, such choice does not always positively impact the agreement's enforceability since terms contradicting public policy of the Russian Federation cannot be judicially protected or enforced. As in other countries, in Russia there is a number of issues subject to exclusive regulation by Russian law, in particular the protection of consumer rights, taxation and currency control matters. Therefore, it is recommended that agreements governed by foreign law be checked for consistency with imperative provisions of Russian law.

As a general rule, the parties to a foreign trade contract may freely select a competent court for considering disputes. The choice of jurisdiction is limited in certain cases only (e.g. disputes over rights to immovable property located in Russia may be handled only by a Russian court).

It should be noted that in Russia only court decisions of the countries, with which Russia has treaties on mutual recognition and enforcement of court judgments, may be enforced. In particular, currently there are such arrangements with Italy, Spain, the Baltic States, and certain countries of Central and Eastern Europe. Otherwise, a judicial act may prove to be useless.

Generally, the grounds for and limits of liability for improper performance of contractual obligations are stipulated by the parties to the contract, but certain restrictions of "free will" should be borne in mind. For instance, Russian law does not permit limiting liability given premeditation of the breaching party. Any harm caused by a defective product within its established lifespan shall entail liability of the seller (manufacturer) regardless of the seller’s fault or existing contractual relations. The only basis for release from liability is a proven instance of improper use of the product.

In view of recent economic sanctions, the contractual provisions regulating force majeure issues are of special importance. As a general rule, a party is not liable for non-performance of an obligation if it proves that the performance thereof was impossible due to force majeure circumstances. To avoid disputes, it is recommended that the agreement should describe certain force majeure circumstances as well as consequences thereof and provide for the possibility of simplified termination of the agreement. For instance, currently the spread of the coronavirus infection (COVID-19) cannot but be taken into account by the parties when entering into an agreement, which is why it is recommended that such agreements should specify particular circumstances caused by COVID-19 that the parties shall consider as force majeure taking into account the specifics of agreement  performance (lockdowns, suspension of the work of certain state bodies, etc.).

Performance of the agreement and security

In addition to the signed agreement, documents confirming performance of obligations, such as goods transfer and acceptance certificates, consignment notes, are important. Where a dispute is considered by a Russian court, documentary evidence is of crucial importance for the outcome of the case, which is why it is necessary to describe the procedure for the issuance thereof in the agreement and ensure that such documents are received when due.

Also, it is necessary to consider the means of securing a counterparty's performance of its obligations. The most common means of security under Russian law include pledge/mortgage, surety and independent guarantee.

The sanctions imposed by the U.S. and the European Union are not a part of the Russian legal system and therefore Russian courts do not recognize a necessity for Russian entities to observe them. Consequently, if there is a ban on sale of the supplied products by certain entities, its observance by a Russian purchaser (ban on re-sale thereof to certain customers) can only be ensured by contractual means. It should also be noted that currently Russian legislation provides for certain obstacles to consideration of disputes arising out of the sanctions against Russian individuals and legal entities by foreign courts and arbitration, due to which detailed evaluation of risks is required in each particular case.

SCHNEIDER GROUP has been helping businesses to expand to new geographical markets since 2003, offering a full range of business support services: from developing strategy for successful market-entry to helping arrange or optimize accounting, reporting and financial planning processes and establishing efficient IT infrastructures.

500 top experts in 9 countries take care of all resource-consuming non-core business tasks, so our customers can focus on achieving their business goals. We offer services in Armenia, Austria, Belarus, Germany, Kazakhstan, Poland, Russia and Uzbekistan, with minor regional variations. Get in touch via our contact form to request details of specific service packages available in your target country.

READY TO START? – GET IN TOUCH!